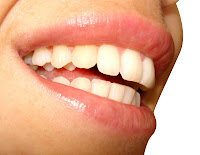 Gum health has long been associated with heart disease. But now gum inflammation is being associated with brain health issues. Researchers from New York University have found a link between gum disease and Alzheimer’s disease. It may increase the risk of cognitive dysfunction associated with the disease, even in healthy people.

Those people in the study who had gum disease at age 70 were nine times more likely to score in the lower range of brain function tests compared to those with little or no periodontal inflammation.

This isn’t the first study to hint to the connection between gum disease and Alzheimer’s disease. A 2008 study linked Alzheimer’s patients with higher level of antibodies and inflammatory molecules in their plasma, which are associated with periodontal disease.